Hailing from Greater Manchester, DEADTHRONE are 4 musicians who met through their mutual love of heavy music.

Formed in early 2016, DEADTHRONE came out of Chris and Benj’s former band, which was created after they met at university. After playing together previously they decided to come together to create DEADTHRONE, recruiting talented and like-minded local musicians to fill out the ranks. The group’s music is fuelled by the band’s shared background growing up in an industrial city that promises the world but delivers very little to those who do not already have means.

DEADTHRONE started out on a strong footing with the release of their first single ‘This Isn’t Over Yet’ stapling them firmly onto the UK metal scene. With a growing popularity online and at live shows, the band began work on their debut EP »To Hell And Back« at Foxhound Studios. The songs on that EP are a snapshot of the lives of the band at the time, dealing with both their struggles in their personal lives and relationships, and the growing issues in the world around them. The EP’s second single ‘Our Legacy’ - their most overtly political song to date - was released through Dreambound and has amassed over 1 millions views on YouTube.

After a UK tour to support the release of the EP in 2017, the group decided to begin writing for their debut album. The album comprises almost entirely new material, though a couple of live favourites that had not yet been recorded have been rewritten to better reflect their current sound. The band is constantly developing their sound, maintaining their signature catchy choruses and aggressive delivery while branching out and experimenting with more electronic elements and styles outside of their genre. This is reflected on tracks such as ‘Feel’ and ‘Hearts In Our Hands’ from their upcoming debut album »Premonitions«.

“Touring is this band’s real passion. We love writing and performing these songs, and nothing compares to getting out on the road to play our music to new people every night. The energy and chaos in a packed room is something we thrive on, and there’s no better feeling than getting off stage and knowing you just kicked the shit out of a crowd and left them desperate for more.”

The band’s musical influences are wide-ranging and diverse. Vocalist Chris Bissette cites artists like The Dillinger Escape Plan, Comeback Kid, and Fugazi as being huge influences, while drawing heavily on rap and hip-hop grounds like Wu-Tang Clan and Public Enemy in his lyrical content and delivery. Drummer Benj Speight and guitarist and clean singer James Bolton credit the likes of The Amity Affliction, Bring Me The Horizon, and Issues, along with heavier artists such as While She Sleeps, Bury Tomorrow, and Architects, while lead guitarist Sam Clough takes most of his influence from older guitar-driven bands like Black Sabbath, Iron Maiden, and Van Halen.

“To Hell And Back was something we were all incredibly proud of. It’s a snapshot of who we were at the time, a band just starting out and filled with raw ambition fuelled by rage at a world that seemed intent on passing us by.”

Finally DEADTHRONE are back with their debut album, named »Premonitions«, which will be released on the ‘23th of August’ via Arising Empire.

“Premonitions is a much more mature record than To Hell And Back. We’ve learned a lot over the past few years - about ourselves, about this band, and about the world - and we’ve grown, both as musicians and people. Some of us have suffered huge losses, while others have taken massive, life-changing steps in our personal lives. All of that permeates the songs on this album, and we couldn’t be more proud of this record. We can’t wait to share it with the world.”

DEADTHRONE already know that they are a force to be reckoned with. Now it’s time for you to find that out, too.

Britain’s northern metalcore bruisers DEADTHRONE released their brand new single 'Revival' today! The song comes off of their debut record, »Premonitions«, which will be available on the 23rd of August via Arising Empire! Watch ...

More
SEE ALL NEWS ABOUT Deadthrone 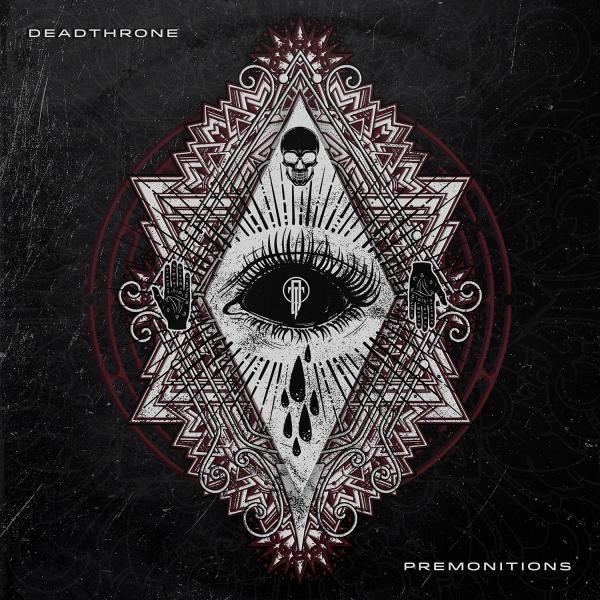