“Don’t turn around it’s the boogeymen”

MISTER MISERY is a four piece metal band from the streets of Stockholm, founded in February 2018 by Harley Vendetta & Alex Nine. By blending high energy riffs with anthemic choruses and ripping guitar solos, they have managed not only to create hype within the underground metal community, but also caught the attention of renowned founder of Nuclear Blast/Arising Empire, Markus Staiger, leading the band to sign a record deal with Arising Empire in 2019.

In addition MISTER MISERY has also signed with booking company Contra Promotion, housing bands such as NIGHTWISH, ANTHRAX, THE 69 EYES and many more.

just finished their self produced/mixed debut album, »Unalive«, that will shock the world as the first representation of a brand new band. Hungry to light a fire inside the hearts of the restless and broken around the world, MISTER MISERY not only delivers musically but pushes boundaries in their theatrical and chaotic performances. Resurrecting the wild spirit of the 80’s while also incorporating elements of horror and classical composition, MISTER MISERY proves to be a promising, virtuous and maniacal newcomer in the alternative metal scene.

»Unalive« reflects the emotion and struggles of a journey taken by the four members, including death, jail time, abandonment, drugs and poverty. Through every individual experience they’ve managed to turn that misery into something inspiring, and with that inspiration managed to pull themselves up from the dirt and give life to what they now call MISTER MISERY.

The album title itself is inspired by their undead, vampiric look and their visual depiction of what it felt like for them to be metaphorically dead on the inside.
“We have outdone ourselves on this first record and believe that it will be one of the best debut albums in a long time. As fans of our own music we hope to achieve greatness together with each other and create memories for a lifetime” - says Harley

‚My Ghost‘ is a direct follow up to the ‚The Blood Waltz‘ where we see the horror that befalls the girl and her perspective of what it’s like to live with someone that has made the tragic decision of suicide.
It was clear to the band that it was the frontrunner for a debut music video considering it’s Tim Burton esque circus vibe that correlate with their look.

“The song came to me in a day and was completed the following day, it’s usually how the best songs gets born and when I presented it to my members they were floored by how sexy, scary and anthemic it was. Still to this day it’s my all time favourite song that I’ve written” - says Harley

‚The Blood Waltz‘ was an important message that everyone in the band wanted to get across, by addressing depression and mental health issues and that suicide is never the answer.
“The song tells a fictional story about a man commiting suicide yet fails to find peace in the afterlife.
His soul lingers somewhere in between life and death, trying to reach out to his loved one but remains a ghost, unheard and full of regret.” -says Alex
‚Alive‘ gives us a taste of the band‘s heavy, driving rhythm and anthemic dual lead guitars. It’s also the song with the most R’n’R-inspired attitude and dirt. It’s the band‘s way of telling their fans how they dealt with bullying, abandonment and being an outcast. The members of this band are sure to hit back if someone hits them first.

“We never want to preach or encourage violence in Schools, work life or other scenarios, but in our own personal experience we have only been left alone after we’ve stood up for ourselves.” - says Eddie

The band has collaborated with the talented and well known Patric Ullaeus at Revolver (In Flames, Arch Enemy, Dimmu Borgir) in the video production of their 2 upcoming singles ‚My Ghost‘ & ‚The Blood Waltz‘.
“After these 2 videos I now know how they are and what we need to work on to make them real superstars in front of the camera. This is the best raw material I had to work with since Dimmu in 2003. Completely f****** awesome!!!” - says Patric Ullaeus, Revolver.

“Mister Misery from Sweden soon come up with their amazing debut album which could be described as a mixture of glam rock and metal with a gothic touch. Marilyn Manson fans as well as all other heavy rockers should watch out and check the first clip “My Ghost”, a phenomenal video produced by Patric Ullaeus.
This young band from Stockholm will kill it, it has been a long time since I was so excited about a brand-new band!” - says Markus Staiger, Nuclear Blast/Arising Empire

In collaboration with Arising Empire and Contra Promotions, MISTER MISERY will kick-start their career and release their debut album »Unalive« worldwide on October 4th 2019.

The future looks bright for these young metalheads and with a European tour starting October 10th through to November 3rd to end their most successful year so far.

“This would not have been possible if not for Markus Staiger and the amazing team at Arising Empire and Contra Promotions that believed in the band as much as they have. We are all very humbled and excited to start this journey together with the Arising family and all these talented people around us”- says Harley, Alex, Eddie & Rizzy

With »Unalive«, MISTER MISERY shows their musical talent and showmanship right from the start of their journey, not holding back on anything. With catchy choruses, a wild writing style and guitar composition, with elements from every musical genre known to man, they are starved for stardom and keen to show the world how metal and rock is still alive and kicking in the 21st century.

After the pace-setting release of their praised debut album »Unalive« in 2019, modern horror metal band MISTER MISERY, spawned from the hollowed parts of Sweden (2018) has not slowed ...

After the successful release of their debut album »Unalive«, including the songs 'My Ghost', 'The Blood ...

Mister Misery - A Brighter Side Of Death
| 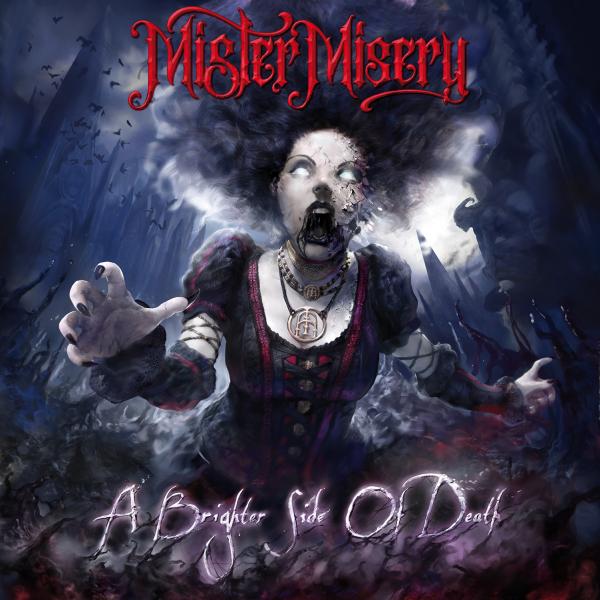 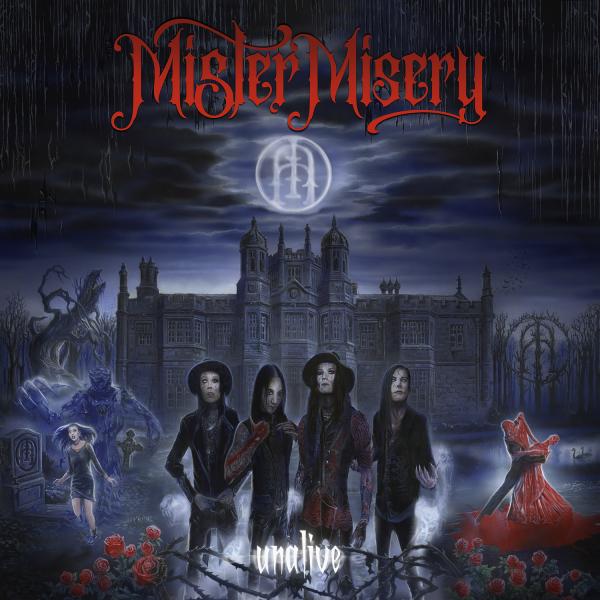