Dipping your toes before jumping in at the deep end is something that will reward you in more ways than you realise. Those extra hours spent wondering, “what if?” will all be worth it when you figure out the best way to make it a reality rather than pushing too soon and being left to wonder, “what if we had done this differently?”

Resolve are a band that have been savouring every second of their journey so far and biding their time - observing, learning, building - and making sure that every single aspect of how they’ve wanted the band to function was fully realised before delivering it to the world. But now is their time to show you what they have been working on, and it is quite the spectacle.

“It was with those three tracks that we really started to find what our sound was and how it was resonating with people,” Nathan explains. “We had been working so hard on everything already, but it was us simply figuring everything out. It just felt more natural than making a big jump.”

“At that time, it was about getting a community together,” Anthony nods.

“And because of our music suddenly getting to more people than had before, it all became much more serious.”

Though as the pressure to succeed increased, the band stayed cool and calm. The hard work had already been done, and the tools were in place to create something that truly represented who they were.

MOVE TO TRASH After their highly acclaimed and succesful debut album »Between Me and The Machine« and over fifty shows played across Europe and the UK, RESOLVE are back with their brand new track called 'Move to ...

Resolve released their debut album "Between Me and The Machine"

"Beautiful Hell" and "D.G.G.R.S", offering skilled riffing and reminiscences of early PARKWAY DRIVE, while songs like "With Love" form the multifaceted antithesis and ...

More
SEE ALL NEWS ABOUT Resolve

Resolve - Between Me and The Machine
| 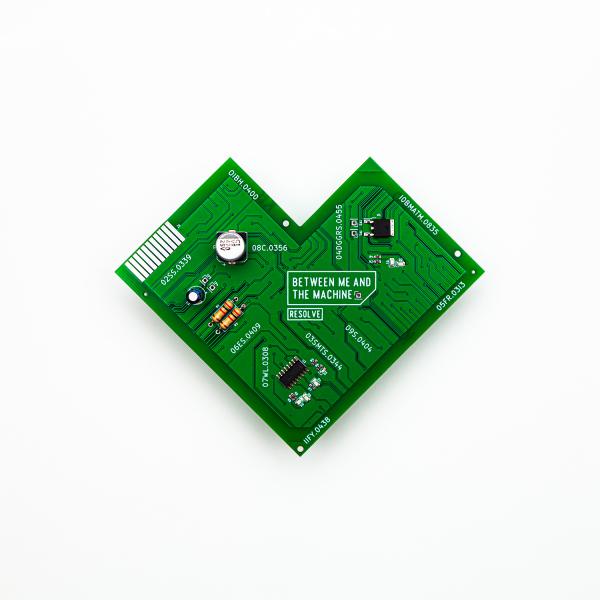