Started in early 2015, Stuttgart-based sextett VENUES have managed to spread their message of heartfelt and energetic modern music throughout Germany. Having shared the stages with renowned acts such as ESKIMO CALLBOY, CALLEJON, DEEZ NUTS, CALIBAN, ATTILA or German punk rock rocketeers ITCHY, the band has literally broken down quite a few venues within the country.

Enter 2018 the female/male fronted powerhouse has already gathered a massive following within the German underground. Their strong DIY ethic, sense for perfection and relentlessness when it comes to writing, performing and interacting with the ever-growing fanbase results in not only great participation at any VENUES show you would go to but also impressive statistics within the social media realm.

After their most recent, »Break Down A Venue« 3-track EP, the following music video for the underground hit ‚No Roses For A Life Lost‘, by talented videographer Marius Milinski (offonewadventures) and raving reactions all over the community, VENUES didn’t stand still for a second. Earlier this year the band went on to create what resulted in their two new singles 'Ignite' and 'The Epilogue'.

Furthermore, the sextett from Stuttgart, Germany recently finished the work on their debut record »Aspire« which will be released on the 27th of July via Arising Empire in Europe and via SharpTone Records in America.

Recorded, mixed and mastered by Christoph Wieczorek (ANNISOKAY) at well-known Sawdust Recordings (EMIL BULLS, ANNISOKAY, SHIELDS), the first record of VENUES get stuck in any listeners ear with a great sense for melodies and harmonies, the right portion of aggressiveness, fragile outbursts and deep lyrics that make sadness oh, so beautiful.

With a strong and pounding rhythm section, dreamy leads and the outstanding performances by both, gorgeous and powerful as well as sensitive front beauty Lela and singer Robin, who seems to undergo every possible emotion from grief to hatred in seconds, VENUES are not your average post hardcore band, but something unique in a scene that seems to copy itself within a minute.

Experience VENUES live and convince yourself - there’s noone out there in 2019 who delivers as these dudes and dudette do!

SEE ALL NEWS ABOUT Venues 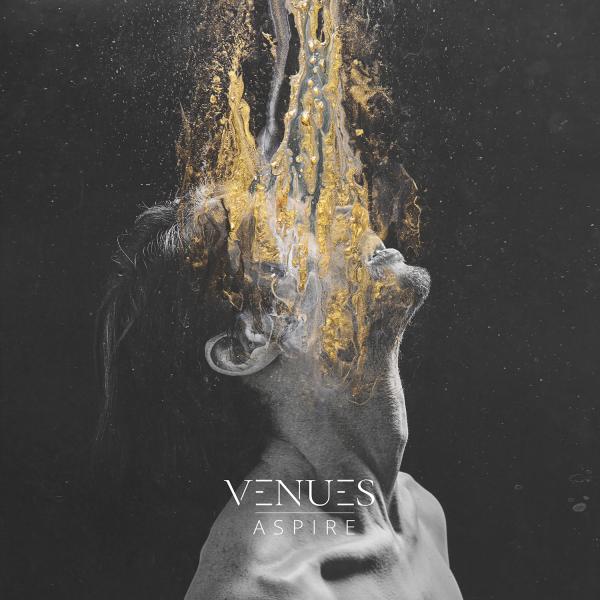 Venues - Nothing Less
Venues - Fading Away feat. Chris Wieczorek
Venues - We Are One
Venues - Ignite
Venues - The Epilogue