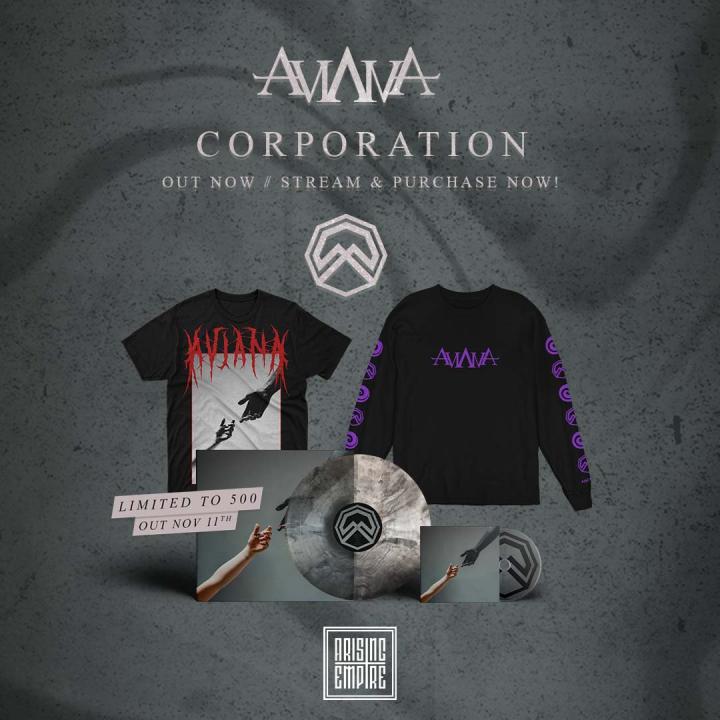 CORPORATION
Swedish Metalcore sensation Aviana have made a big impact on the global Metalcore scene since their return in February 2021.
Led solely by vocalist Joel Holmqvist as a consequence of past members leaving the band, Holmqvist have exceed all expectations and taken the band further down the path for greatness, surely considered among the best in their scene.

Today Aviana released their brand new album »Corporation«, which can be seen as a full collection of perfectly crafted heavy bangers from 'Retaliation' over 'Obession' to 'Illuminate', out now worldwide via Arising Empire.
'Illuminate' is the last song released in this chapter and completes the new full length.

"This song 'Illuminate' is the last single out of our collection of singles, which we have assembled into an album entitled 'Corporation'. You will understand more about the Aviana Corporation as time goes on. But without giving away too much, this release symbolizes a collective name of two big plots in the new world of the storyline that we have been creating and are building up in the new era of the band.

"Illuminate is a little bit different to the other songs on the album. It's very fast paced, yet still heavy with some really fun electronic elements added on top of it. When we wrote this album we wanted to experiment as much as possible with a new sound for the sake of keeping singles being released as fun and interesting as possible for the listeners. We are very happy with it and hope you will enjoy the full album just as we do." Joel Holmqvist says.

»Corporation« is available as CD, limited colored vinyl together with exclusiv merch options at the Arising Empire Shop and band store.

Check out the video for 'Illuminate'
Stream/download and get your copy here!
https://arisingempire.com/corporation