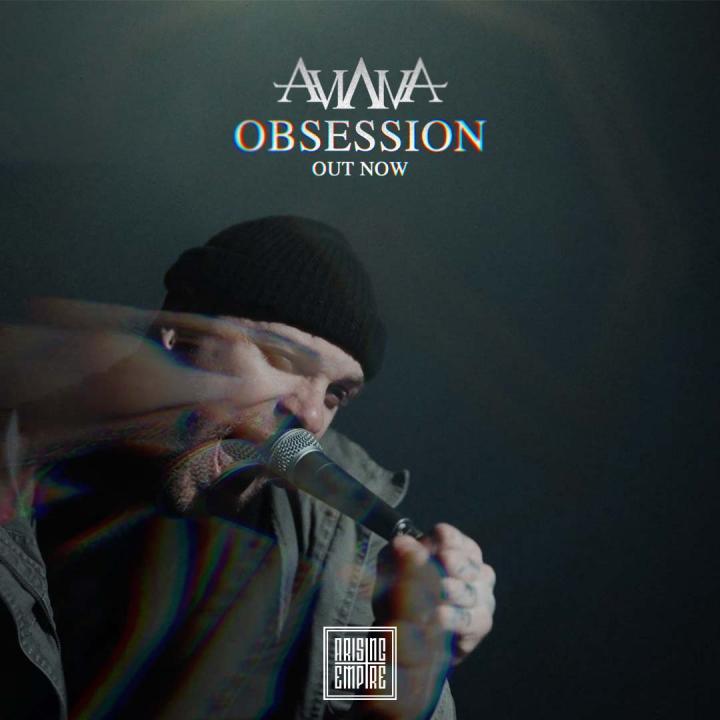 A new year is here and Metal heavyhitters Aviana are back with a new single titled 'Obsession' solely led by vocalist Joel Holmqvist up until now.

Check out the video for 'Obsession' HERE
Stream/purchase
https://aviana.lnk.to/obsession

In March 2020 all previous members of the Swedish band announced their departure from Aviana to focus on other things in life. Since then Joel picked up things by himself and kept the band running by releasing four critical acclaimed singles via Arising Empire in 2021.
Today Aviana revealed four new masked and unknown indviduals alongside the vocalist as he states.
"The next chapter of Aviana is here. Let it be known!"

Crusing through the new single it is clear that this song has a more Melodic Metalcore sound which we are more familiar to hear from the band. Although no new album have been announced yet the teasing goes on.
"The last single that we released with "Overcome" was really experimental and fun, but the sound of this new song is closer to the more mature sound that we are trying to approach for this record", Joel says.

One could pretty quick detect a dark vibe and the band telling a story around subjects connected to mental health issues when watching the music video for 'Obsession'.
"The lyrics of this song is a bit more to the emotional side and about a subject that I personally feel we should talk a lot more about. We wanted to visualize that not only with the lyrics but also bring it to life in the video", Joel finishes.

Due to recent and ongoing pandemic restrictions in Europe the band recently announced cancellation of several shows and tours, but are yet to be out in March with Kill The Lights in the UK and Imminence in Sweden.