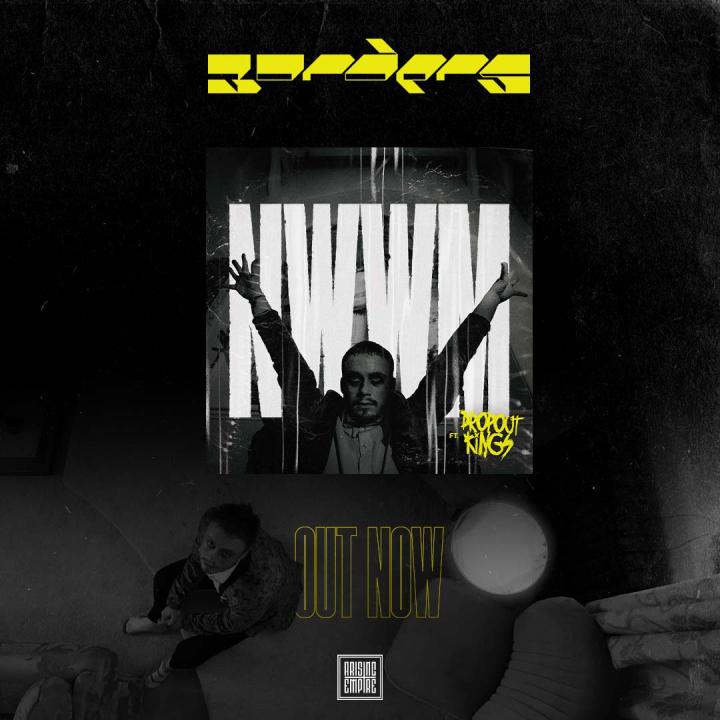 NOTHING WRONG WITH ME
What do you get when you combine ferocious, hard-hitting metalcore in a blender with elements of hip-hop, grime, hardcore and alternative metal—then finish it off with a dash of introspection and more than its fair share of brazen, no-holds-barred atmosphere?
You get Borders, a young but driven collective hellbent on taking the heavy music community by storm with an onslaught of thought-provoking, sinister and brutally aggressive tracks. Built around an impetus that obliterates any notion of single-genre classification in favor of an immersive yet punishingly heavy experience, Borders continually push the limits of what one would expect from any band in the metalcore circuit.


Today, Borders released their second track on which they teamed up with Dropout Kings via Arising Empire called 'NWWM'!

"NWWM, which stands for Nothing Wrong With Me, is a track all about battling the demons in your head. It's written about me at my lowest point and how when everyone was counting me out and throwing me to the wolves, it took telling myself what nothing was wrong with me to overcome my problems. We're glad the guys in Dropout Kings could join us for this one - we can't wait to perform it for you live on our upcoming UK tour this July."

From taking the UK’s live music scene by storm supporting legendary deathcore act Martyr Defiled on their last run to their immersive, conceptual and thought-provoking 2019 debut full length release »Purify«, the band are well on their way to making themselves a staple in the underground heavy music community—a goal sure to be achieved with their addition to Arising Empire’s ever-growing roster.