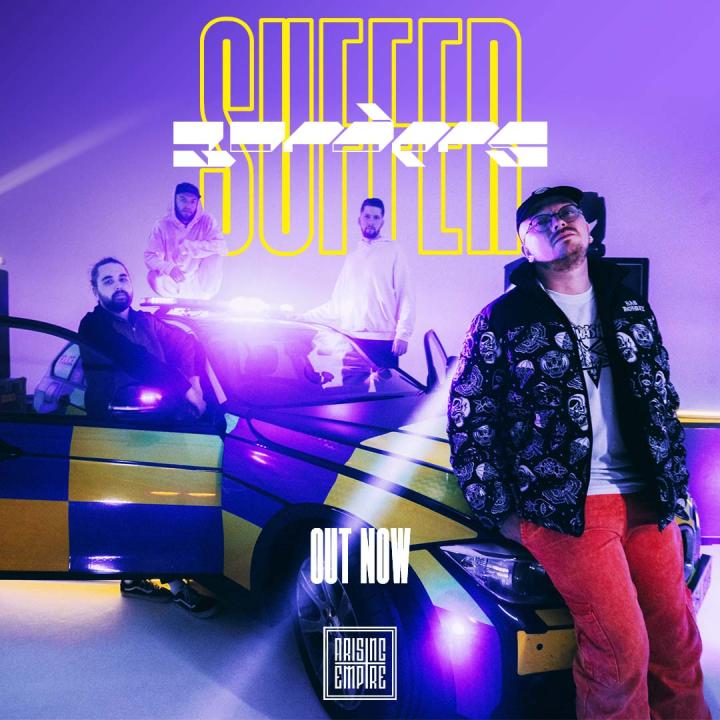 SUFFER
What do you get when you combine ferocious, hard-hitting metalcore in a blender with elements of hip-hop, grime, hardcore and alternative metal—then finish it off with a dash of introspection and more than its fair share of brazen, no-holds-barred atmosphere?
You get Borders, a young but driven collective hellbent on taking the heavy music community by storm with an onslaught of thought-provoking, sinister and brutally aggressive tracks. Built around an impetus that obliterates any notion of single-genre classification in favor of an immersive yet punishingly heavy experience, Borders continually push the limits of what one would expect from any band in the metalcore circuit.

"Suffer is a protest anthem about the state of our ruling class, politicians, and the 1% who openly break laws while they face little to no consequences from the police. These same police also power trip through covert prejudice towards people of color.
We all want to stand up and do something about it and while it's very easy to 'sit back and neglect it'  this is a call to arms to stop letting yourself suffer at the hands of the pigs in charge."