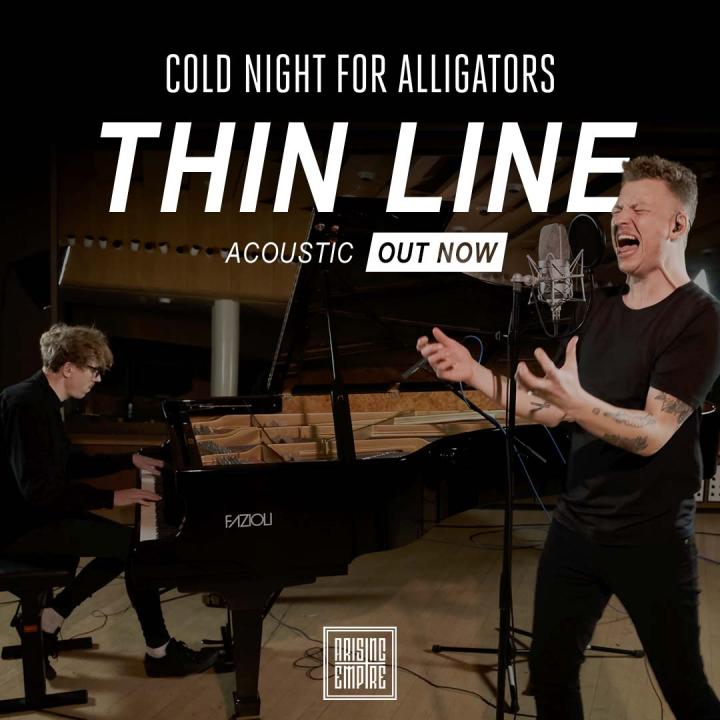 Danish Progressive Metal masters, Cold Night For Alligators have just announced an extended version of their highly acclaimed new album »The Hindsight Notes« via Arising Empire, due for release on August 26th. A melting pot of bass heavy riffs and flawless vocals, this extended album is an awe-inspiring representation of how accomplished CNFA are at their craft.

"We’re incredibly proud with how “The Hindsight Notes” came out.
The response has been very kind and we have a few cool things in the valut, so we thought we’d give a little extra for new and old followers of the band. We poured our hearts and souls into this record and were very particular with the concept and final form of the record. This meant that one track didn’t really fit, so we kep that out along with a few cool alternative versions of the tracks you know from the album, which we made with some cool collaborators. Well, they will be out on August 26th, and hopefully both old and new friends of the band will find something to like." - CNFA

Together with the announcement, Cold Night For Alligators release one of the bonus tracks from the extended album - the reimagination of 'Thin Line'.
"This track is very driven, straightforward and doesn’t really let up at any point. We thought the song had another dimension to it, though, so we decided to try stripping it down and rearranging it. Our friend Frederik Brandt Jakobsen did an amazing piano arrangement, which we recorded live with him and Johan at the Royal Danish Academy of Music. The core emotion of the song is intact, but we feel it breathes and flows in a completely new way, which we’re very excited about."