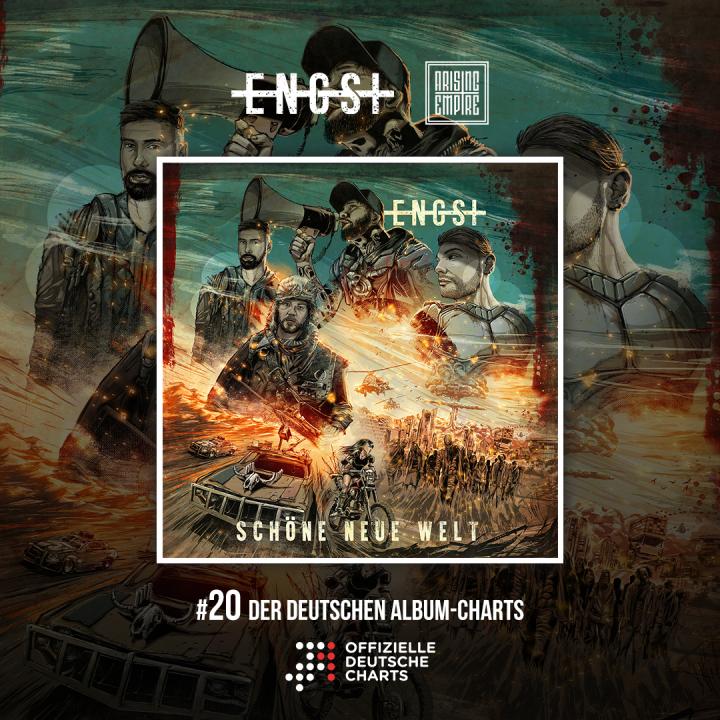 ENGST speak up personally:
"It would be a lie to claim that we are not speechless & incredibly happy right now. The news has just reached us that we entered the official German album charts on #20.
"SCHÖNE NEUE WELT" is an album full of emotions, stories, tears and love. It's an album from us for you guys!
We would like to thank our fans for this amazing support, because your support made this all possible.
And now raise your cups! "