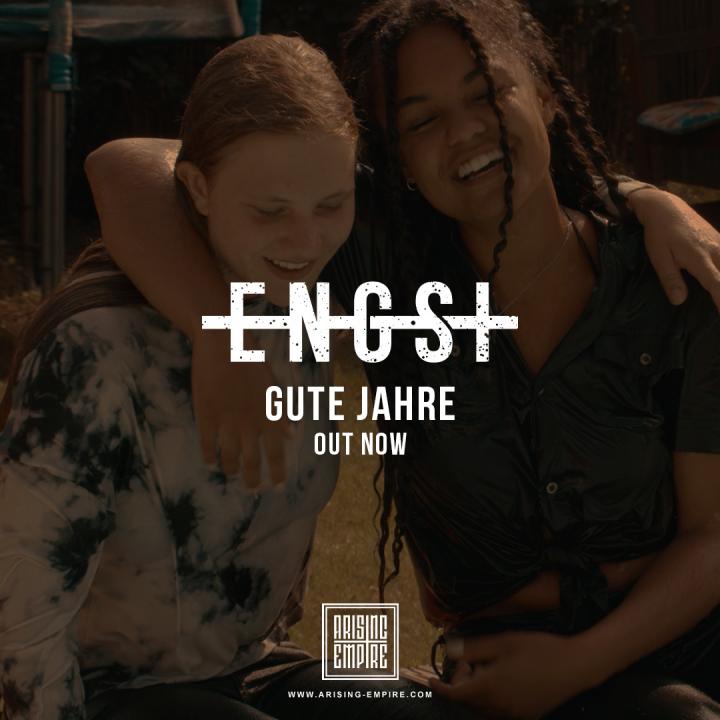 With 'Gute Jahre', ENGST have released a fresh and danceable summer hit that really makes you want to see their upcoming live shows. Text, beat and melody leave nothing to be desired for fans of skatepunk.
Despite the good vibe, the song has a very special and slightly melancholy meaning for the band and especially for singer Matthias, as the content is about saying goodbye to a deceased friend.

Matze (singer):
"Last year a friend of mine passed away dramatically. His death concerns me to this day and with this song I wanted to put a small memorial to him. He was a fun-loving and crazy guy for whom a slow piano number, for example, would not have been suitable. So the song turned out to be rather positive and the lyrics were meant to remind less of his death than of his life.
Robert, we miss you down here.
We think that many of our fans and also people beyond that recognize themselves in this song and maybe even get some positive energy from it. If so, we've done everything right. It sounds so trite, but the phrase "LIVE EVERY DAY AS IF IT WAS THE LAST" has a lot of truth in it."