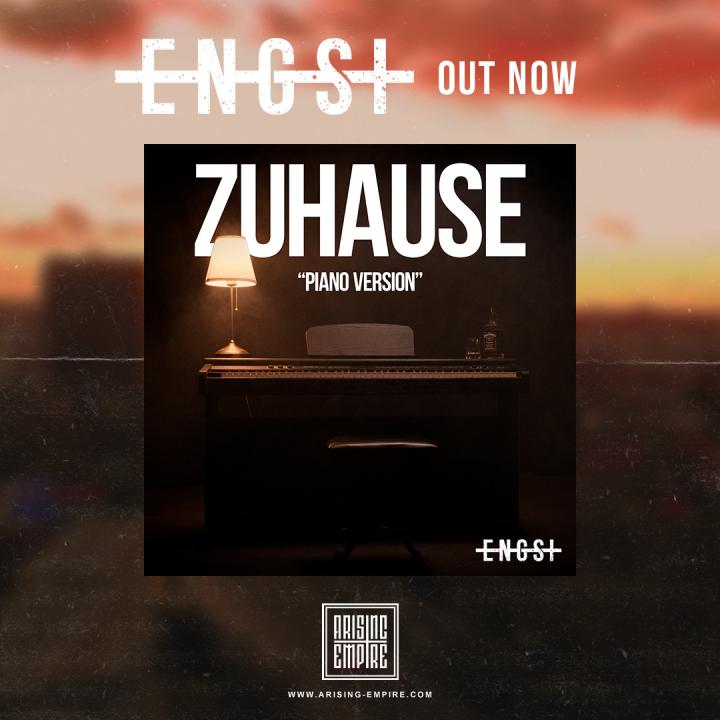 ENGST are always good for a surprise and regularly cause a sensation with unusual promotions. With their new acoustic / piano version of the song 'Zu Hause', the four Berliners prove once again that they work a little differently than other bands.
The original track, a strong rock song, appeared on the last record »Schöne neue Welt«, which entered the official German album charts on #20.

Matthias Engst: "The song" ZU HAUSE" is one of our absolute favorite tracks from the current record SCHÖNE NEUE WELT and it was clear from the start that we wanted to make a music video to it. Then one evening when I was sitting with an old friend in his recording studio, after half a bottle of whiskey, deep conversations and what felt like the tenth cigarette, the thought of a piano version occurred to me. Spontaneously and without a lot of frills, we recorded the track in thirty minutes and were completely flashed with the outcome. The song is a very personal number anyway, but in the piano version it simply conveys my emotions and the lyrics much more blatantly. I think we are proving once again with this version that we are incredibly changeable without losing our ENGSTspirit. "

“We always didn't care what the crowd thinks.
As long as you want us, we'll come back.
We are back!"

After two sold out headliner tours and numerous festival shows across the country, ENGST are back with their second album »Schöne Neue Welt«. The band comes to their fans in Germany and Switzerland for 10 dates!
After the band played over 70 shows in the last year and laid the stages in ruins, they are motivated and just waiting to plunge back into the crowd and make the new world a bit more beautiful again.