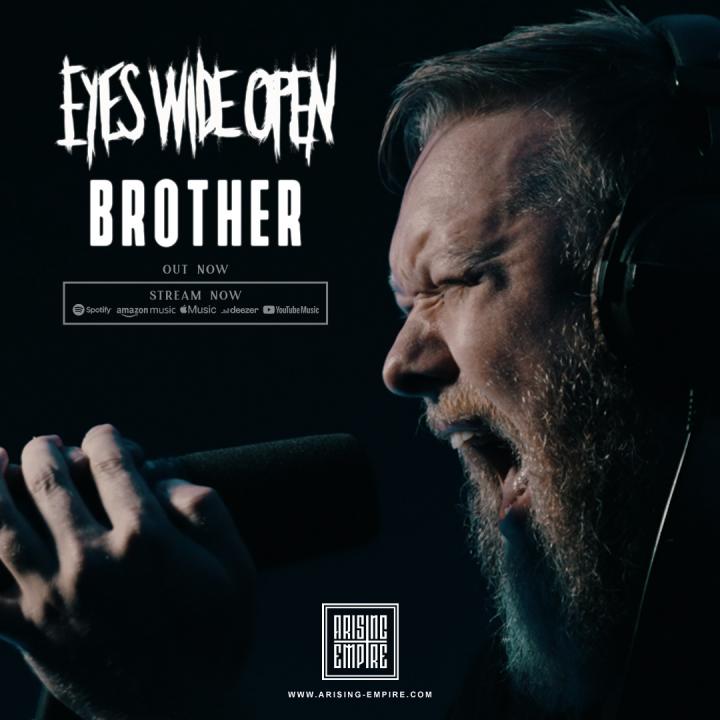 “The world is on fire!”
Modern metal four-piece EYES WIDE OPEN from Sweden have released their next new hit called 'Brother' from their upcoming album »Through Life and Death«, due for release on November 12th via Arising Empire.
The album will be available as CD, colored vinyl and special bundles via Impericon & EMP.


EYES WIDE OPEN is a four-piece modern metal band based in Karlstad (Sweden).
With their latest album »The Upside Down« (2019) of four already released in total, they hit like a juggernaut and paved the road to top tier within the scene.