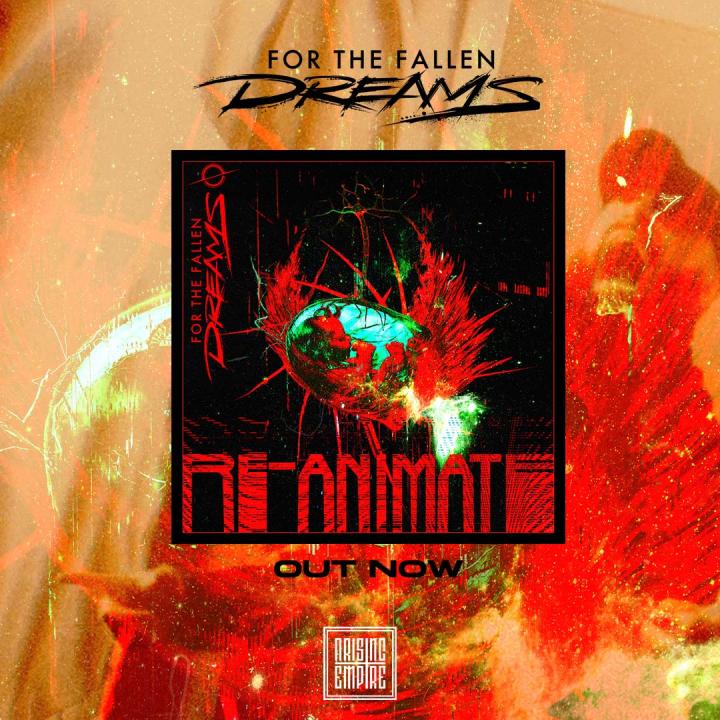 RE-Animate
What’s that old saying again? “The more things change, the more they stay the same”—right? When it comes to Michigan based metal outfit For The Fallen Dreams, perhaps a more fitting—but just as timeless—adage would be “change is the only constant.”
With a career defined by constant progression and dedication to refining and rejuvenating their unique brand of aggressive, passionate metal, For The Fallen Dreams have consistently demonstrated an incredible ability to adapt and evolve their sound and dynamic despite overwhelming adversity—and all without sacrificing the core components of their sound.
Built around explosive breakdowns, gut-wrenching grooves and lyricism that touches on everything from an introspective glimpse into the human condition to brotherhood and camaraderie, these Midwestern masters of metal have made themselves a staple within the international heavy music community.

“RE-Animate was a blast writing with the team. At first listen it’s obviously one of the heavier tracks of the 3 we’ve released but I tried to give the chorus a 90’s grunge feel in the vein of a heavier Soundgarden track. Experimenting with all types of writing and vocal styles gave us the freedom to try whatever fit the song best and RE-Animate is undoubtedly one of our personal favorites.” - Chad Ruhlig (vocals)