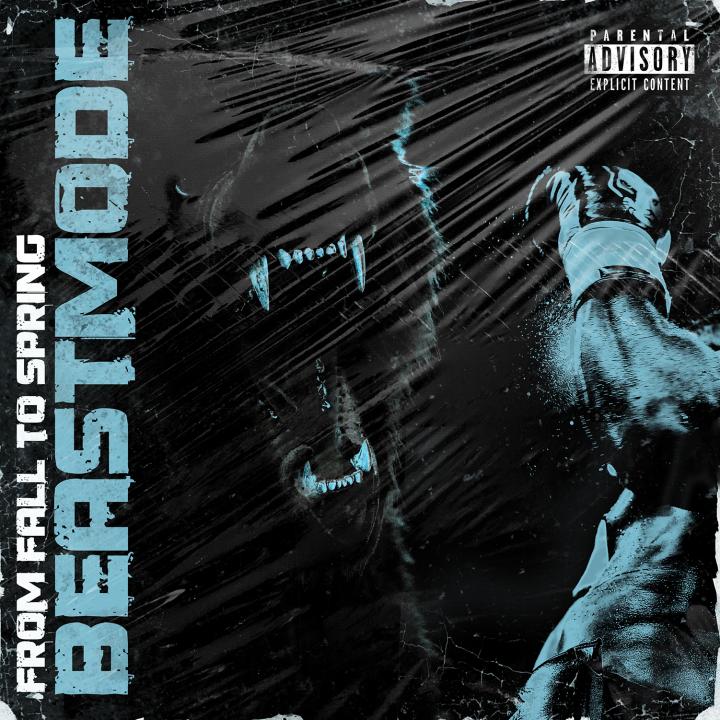 After the worldwide praised singles 'BLACK HEART', 'RISE', 'BRAINFCK' & 'DESTINY' with over 4,5 million streams on Spotify already, From Fall to Spring underline their potential of becoming germany‘s breakout artist.

From Fall to Spring brings the NU-Metal genre to the future by going full 'BEASTMODE' on their brand new track. With not much time left till the release of their highly anticipated first longplayer, the band releases a perfectly crafted NU-Metal masterpiece. Bringing an energy unmatched in the modern scene, the new single will pull the audience at the edge of their seats. Jumping from blasting 808’s to heavy breakdown elements, From Fall to Spring continues to define their unique sound that is destined to finally see the stage on their upcoming tour through europe.

Made in Germany - The identical twins Philip and Lukas Wilhelm, both in charge of vocals and guitar, keyboard player Simon Triem, bass player León Arend and drummer Benedikt Veith are showing off the new standard within the scene. A unique approach to the nu metal genre, combining bone crushing 808’s with heavy guitars and catchy harmonizing melodies, crowned with high speed rap rhythms.
With this mixture, From Fall to Spring creates an unprecedented sound in the modern rock scene.
Working with producers Seb Monzel and head of Pitchback Studios, Aljoscha Sieg (ESKIMO CALLBOY - Hypa Hypa) FROM FALL TO SPRING are building a production which can easily hold its own among international acts while conveying a nostalgic vibe.

While the pandemic forced large parts of the scene into hiatus, From Fall to Spring remained unstoppable, generating a massive hype on all online platforms.
Starting a new sonic chapter, their single 'RISE' went viral on TikTok instantly becoming a milestone in a heartbeat not only in the bands career but in the whole German metal scene.
With the follow up 'BR4INFCK', 'BLACK HEART' & 'DESTINY' the guys left no doubt that they have what it takes to make it to the very top. Now, having signed with Arising Empire , the band has found their perfect match and can’t wait to conquer the world.