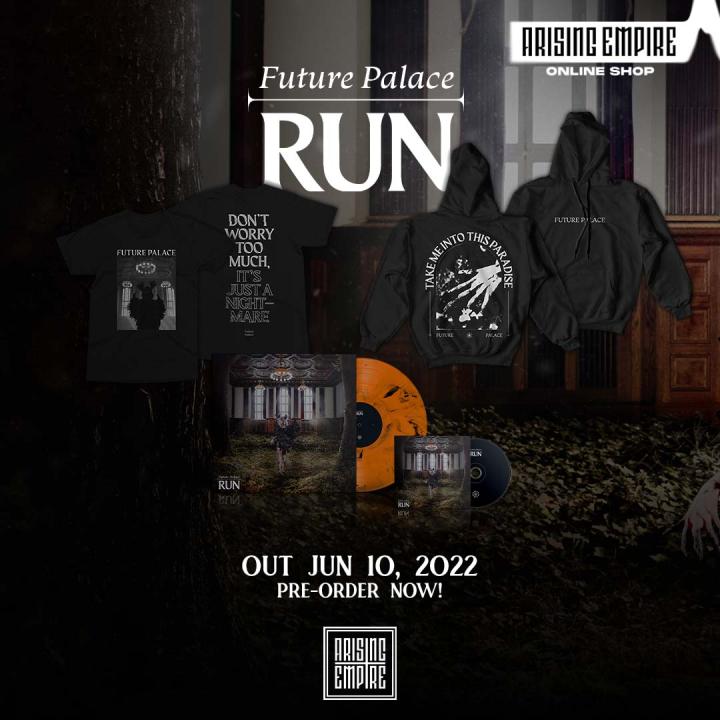 The world has never been a gracious place. But for a long time mankind did not long as much for hope than during the last one and a half years.
With their new single 'Heads Up' the Berlin post-hardcore trio Future Palace wrote a bombastic hymn about the fight against depression, which arose above all in the hopeless impression of the pandemic and thus creates a profound relevance. Musically the band relies on a sound that can truly reflect such a conflict: heavy riffs determine the astonishingly sharp yet melodic guitar work which is reminiscent of the latest tunes by the Sheffield metalcore gods Bring Me The Horizon and thus reveals an almost cinematic staging for the war against inner demons. This aesthetic is increased by the huge C-Part, in which Future Palace show a hitherto completely unknown severity and highlight the scream vocals of singer Maria that can already be heard on the previous single 'Paradise'. At the center of this aggressive sound garment, however, is always the courage to fight your way out of your own abysm.

"For me the song is a motivating ray of light in the pandemic", comments singer Maria. "It is written honestly, bitterly and full of self-hatred, and yet it conveys the message that one literally must not despair, no matter how stressful the current situation in life is."

'Heads Up' was produced by Julian Breucker, who already worked with scene heavy weights like Beyond The Black. It was mixed and mastered by Annisokay guitarist Christoph Wieczorek. For the music video, Future Palace again worked with director Pavel Trebukhin, who has already produced videos for Imminence, Betraying The Martyrs, Landmvrks and Novelists FR among others. The shooting took place in a disused sand pit and was made under extremely adverse conditions: after all of a sudden it started to rain like a monsoon, the whole crew had to find a way to escape from the mud with the transporters in the middle of the night, armed only with flashlights – an almost symbolic story for a song that advocates continuing in difficult situations.

Together with the release of 'Heads Up', Future Palace announce their second album »Run«, which will be released on June 3rd, 2022 and can now be pre-ordered. The recently released single 'Paradise' will also
be included on the record.

»Run« talks about the aftermath of a toxic relationship and shows in a visually stunning and vulnerable way that the struggle with one's own salvation is only the beginning, even after escaping from a dramatic situation. The band sets these painful processes to music in dramatic post-hardcore, which is able to atmospherically reproduce the ups and downs of one's own emotions. Brutal like Holding Absence, Spiritbox or While She Sleeps, irresistible and sweeping like Bring Me The Horizon or Pvris – Future Palace sound out all extremes and arrive at a synthesis that is as real as life.

Future Palace are one of the most aspiring post-hardcore acts in Germany. They already worked with Arising Empire for their debut »Escape« and gained several million streams for their songs on the well known streaming platforms. In early 2022 they will join Annisokay on their European tour.