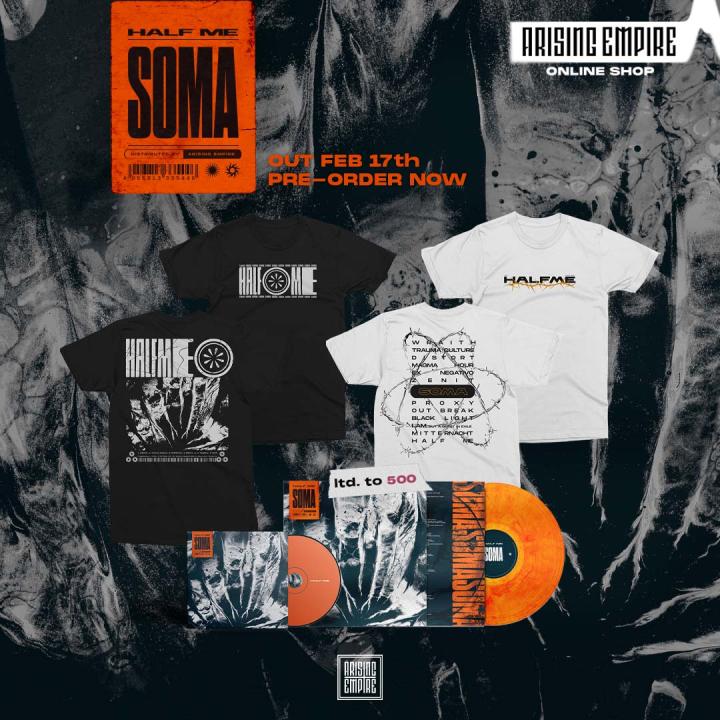 SOMA
HALF ME – encompassed by guitarists Chris and Julius, vocalist Chris, drummer Max and bassist Tobias – are one of the newest additions to the Arising Empire roster. Hailing from Hamburg, Germany, the heavy music five piece was founded in October 2018 after the demise of each others local bands.

Today Half Me have announced their first ever album titled »SOMA«, set for release on February 17th, 2023 and serve their fourth single 'Blacklight' in cooperation with Arising Empire.

We’re proudly announcing our debut LP SOMA.
SOMA tells a twisted story about paranoid schizophrenia and the symptoms that come along with it. Conceptually starting with "Wraith" as the trigger and ending in acceptance with "Half Me", it follows a straight path of mental decay. The inner dialogue alters throughout the album and each song is an excursion into the depths of the human mind and its perception.

Mixed and mastered by Christof Kempe, we're more than happy with how he brought our vision to life.
SOMA will be released on February 17th 2023.