Half Me release brand new single 'Half Me' 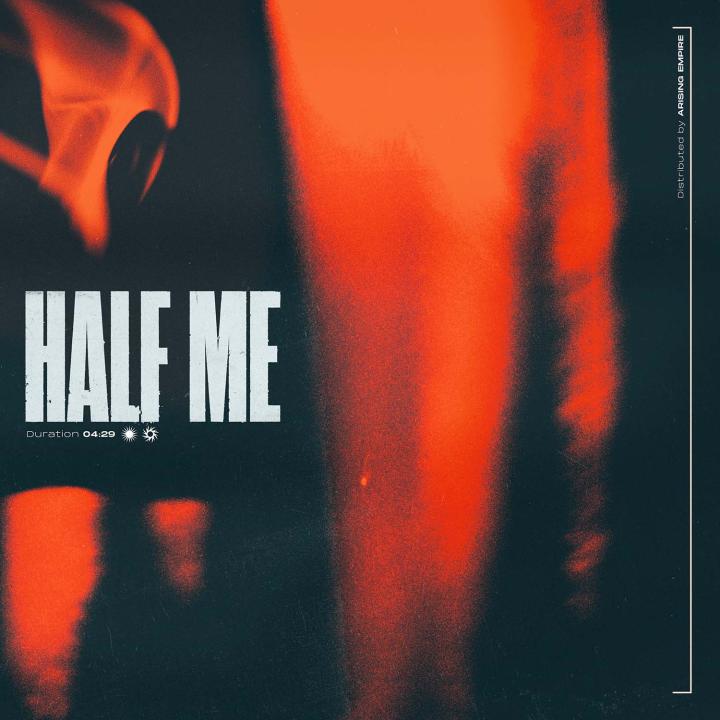 HALF ME
HALF ME – encompassed by guitarists Chris and Julius, vocalist Chris, drummer Max and bassist Tobias – are one of the newest additions to the Arising Empire roster. Hailing from Hamburg, Germany, the heavy music five piece was founded in October 2018 after the demise of each others local bands.

Today Half Me drop their third single 'Half Me' in cooperation with Arising Empire.
We are incredibly proud to share our new single 'Half Me'. This very personal song portrays our most quiet moments to date. It paints the protagonist's final descent into madness and the ultimate manifestation of another persona within their own self. 'Half Me' is as much a total surrender as it is a bonding ritual. You are invited to find out what happens after the ”Wraith” storyline.

Watch/stream 'Half Me' NOW

This song tells a story of losing yourself and delves into the concept of paranoid schizophrenia. We would like to remark that none of the band members are directly affected by this, thus we can only imagine the abyss that is such a diagnosis. Since the topic is very close to our hearts and we do not want to treat anyone disrespectfully, we are using the pronoun ”they” for the protagonist. ”Half Me” asks at what moment you become someone else, when you see your own personality replaced by another. At this point in the storyline, the protagonists' loved ones fail to see what they can see or feel what they can feel. They have truly detached themselves from reality and have come to a point where acceptance is the only remedy. This is merely an echo of a conversation with their other half.

'Half Me' evolved over the course of more than 2 years, during which it had undergone drastic changes up to the point where it no longer made sense for us to release it. After deciding that we want this song on the album, we are now more than happy to say that we’ve been able to have this song stand as it originally was intended.