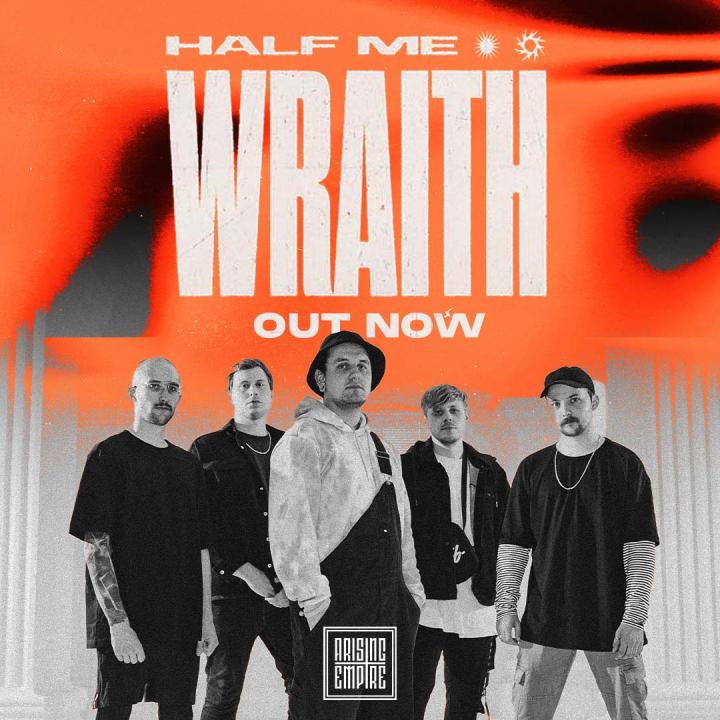 WRAITH
HALF ME – encompassed by guitarists Chris and Julius, vocalist Chris, drummer Max and bassist Tobias – are one of the newest additions to the Arising Empire roster. Hailing from Hamburg, Germany, the metalcore five piece was founded in October 2018 after the demise of each others local bands.

Today Half Me drop their second single 'Wraith' in cooperation with Arising Empire.
'Wraith' is the repercussion of a traumatic episode. In a cry for solidarity, the isolation turns out to fuel the infectious progression of something that is vague and hard to pin down - but it exists. Every single thought aggravates a vicious downward spiral while nobody else is able to understand. In this state of being pushed away from everyone, 'Wraith' describes this entity that is growing and slowly becoming a part of you.

We are more than excited to finally present WRAITH.
This song is built on the suffocating repercussions of the episode that TRAUMA CULTURE is. A hammering emptiness followed by a sense of losing control.

The overall theme is acknowledging that some things are just not right in the way they are right now. Disregarded by the public opinion, isolated and dying from the inside. It is a somatic feeling as a result of trauma sinking in.

„Bury your fangs, deep inside my skin.“

A conversation with yourself while sensing a danger without physical form. Accepting what is about to happen, no matter the outcome. This is what to expect.

It is a downward spiral that knows no limits. When this inner conversation you have is getting more and more extreme and just leaves you wondering: Am I talking to someone else?

We wanted to encapsulate that defining feeling not only lyrically but with the sound as well.