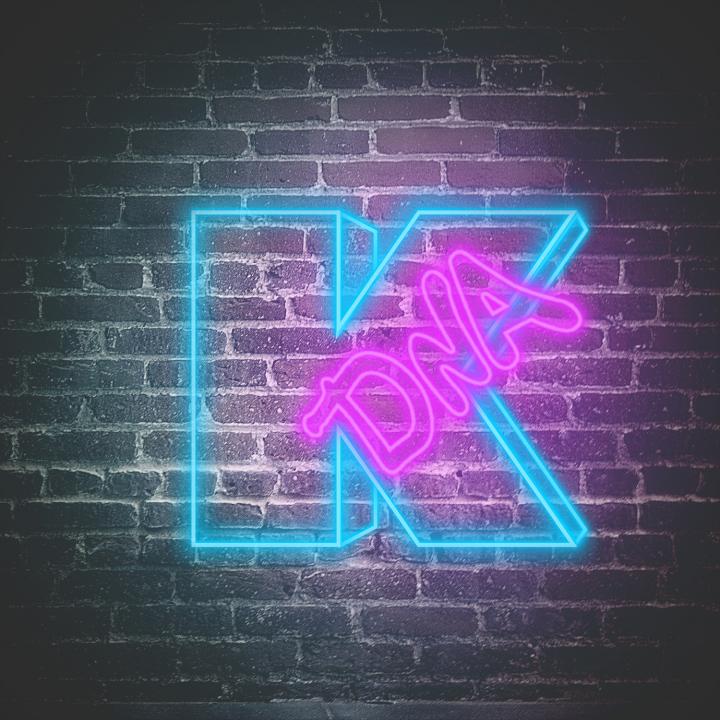 KADINJA: "For those who know Kadinja and listened to our previous Album « Super 90’ », you know our love for this 90’s era. That period means so much to us, AND each one of those songs can bring back loads of memories, good ones mainly, sometimes bad or painful ones, but we did not forget and we still feel something when we listen to them again. During our tour in asia few months ago, we decided to do a cover. At first it was just one song, just for fun. Then we thought "which one ? How can we pick only one ? Why Not an EP, 4 or 5 songs ?” After talking with our Label Arising Empire for like 5 minutes, and with their support, we finally ended up with a 10 song album... Although we already started working on Kadinja's third album, an intermediary project like this one excited us a lot. Here is how DNA is born. We picked 10 of the biggest rock/metal bands of the late 90’s, early 2000; bands that were at the very top back then, AND still are for most of them. In 3 months and with all the respect AND love we have for those Artists, we tried to Keep as much as we could of the orignal songs, AND as much as we could of Kadinja. We know we picked bands... It’s either you love them or you hate ; the point is, if fans of those bands like the covers, it’s a win, if those who like Kadinja like the songs, it’s Also a win, if those who hated those bands or songs like these covers, we would have reached a kind of ultimate goal. For those who hate everything, well... We love you anyway! It’s quite easy to understand why we named it DNA. We were listening to those bands 15 years ago, we still do, AND we will 20 years later. Those songs are part of us, of our DNA. This Album is all about dedication, addiction AND nostalgia. Avec tout Notre Amour, kadinja"

“The originals are indisputably honored, but at the same time it’s totally out of the question these versions are carbon copies. This is covering songs the way it should be done.” – ROCK TRIBUNE

“KADINJA dare to go one step further and reinterpret the classics of Nu Metal in their own, unique sound. It's not only the sound, but also stylistic elements that find influence... Whether LIMP BIZKIT, KORN, PAPA ROACH or SLIPKNOT, on "DNA" there are ten different acts, which all have influenced the music of KADINJA. Maybe the songs would really sound like this if they had been written in 2019. Who knows?” – FUZE

"Kadinja sound like the perfect mix of rock, hardcore and metal with enough drama to satisfy both camps. If they were a vinyl LP, they would be a white-black splatter vinyl LP." – RauteFM, Prog Rocks

“The five Frenchmen manage to infuse some personal favourites from their youth with a healthy dose of Kadinja spice, while staying true to the spirit of the originals. No easy feat, but they did it with passion and style!” – ProgSpace

“By the time KADINJA finishes with her oriental version of SYSTEM OF A DOWNS "Aerials" in ballad style, you will wish to return to the nineties." – krachfink

“A powerful piece of a cover album” - WhiteRoom Reviews