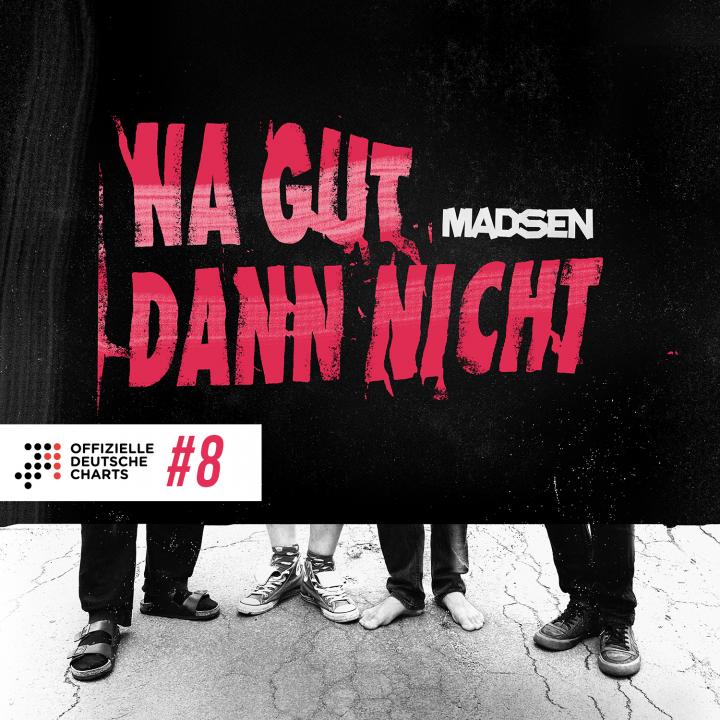 »Na gut dann nicht« is a break for the band from Wendland: the album was created spontaneously in less than three weeks when Sebastian Madsen got the hang of punk. The album that they actually wanted to record this summer has been postponed indefinitely in favor of the punk record. MADSEN didn't sound as fresh, loud and good as on "Well then not" for a long time.