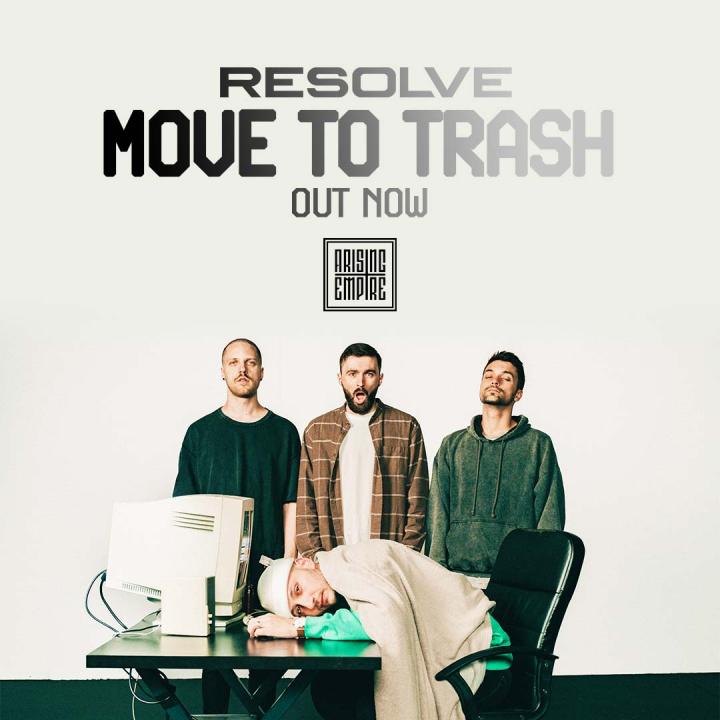 After their highly acclaimed and succesful debut album »Between Me and The Machine« and over fifty shows played across Europe and the UK, RESOLVE are back with their brand new track called 'Move to Trash'!

"Nearly a year after the release of our debut album - and about fifty shows played across Europe and the UK, we were eager to follow up with something new, and build on our newly established sound. The four of us in Resolve share common values of DIY and self-sufficiency. It is paramount for us to remain in total control of our art, from the earliestdraft to the finished product. And despite all the good we find in the process, it comes with its share of downsides.
That is what Move to Trash is all about. This track has an almost 'meta' approach to it, basically telling the story of getting lost in the songwriting process, working tirelessly, questioning everything you create... you often end up stuck in a loop, where passion turns into obsession, to the point of loosing your sense of reason and priorities. We feel like every creative person can relate to these issues in one form or another. A stand-alone release was also the occasion for us to try something different with the music video. It has a lighter, definitely ironic feeling, while also being so much more straight forward and efficient than any of our previous videos."
- Anthony Dilliberto (vocals)